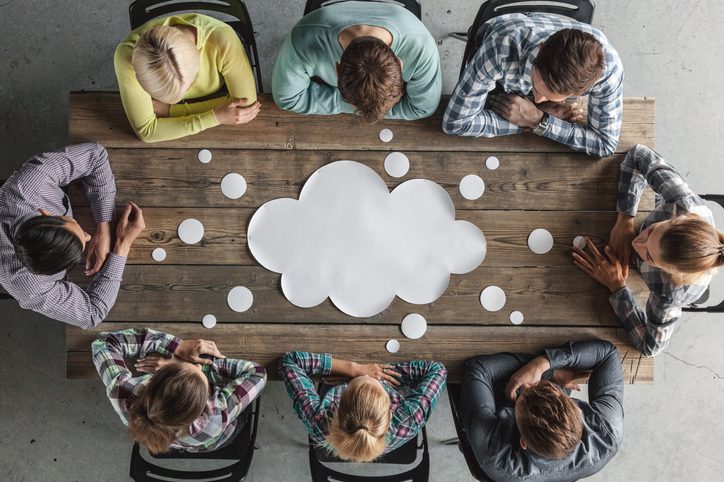 If you want to start a revolution at your next staff meeting, grab a marker, stand up, and announce, “Okay everyone, we’re going to be innovative today. We’re getting outside the box and we’re gonna do some brainstorming for the next hour!” In their minds, your team members will be grabbing pitchforks, throwing darts, rolling their eyes, and wishing they were in a dentist’s chair rather than your conference room.

Nothing strikes fear into the minds of men and women like the words “let’s brainstorm”.

Why is that? Why do so many people hate to brainstorm? Is it because it’s uncomfortable? Is it fear of looking foolish? Is it because they don’t have any ideas? Maybe it’s because it’s too unstructured. It could be all of those answers, but the real truth is two simple reasons.

They’re not wired for it.

Most people aren’t wired for “getting outside the box and making up wild and crazy ideas.” Fact is, about 16% of the population IS wired for brainstorming. These are the folks that are often called creative, bold, brash, crazy, foolish, or just plain “out there.” I call them Transformers because they can transform just about any problem into not just one or two, but dozens of ideas in no time flat. These are the folks that make it look easy because to them, it is. Fact is, these people are part of the reason the rest of us hate brainstorming. It’s just not fun watching them fill up the whiteboard with great (and not so great) ideas while we doodle on our legal pad, pretending to be deep in thought. Reason #1 is big, but the main reason people hate brainstorming is reason #2.

What we think of as brainstorming is not what it was when it was invented back in the 1930’s. It has been misconstrued and misused and turned into a tool of torture rather than an instrument of inspiration.

The Origins of Brainstorming

Alex Osborn – the father of brainstorming

Brainstorming was the brainchild of Alex Osborn, the creative genius and driving force behind one of the biggest, most successful advertising agencies of all time… BBDO. You’ve seen their work for decades for companies like Pepsi, M&Ms, General Electric, Chrysler, and B.F. Goodrich to name a few. (The M&M commercial with Danny DeVito that ran in the Super Bowl. That was their work.) The agency was formed in 1928 and in 1942, Osborn released his first book outlining a creative process that he called brainstorming. Unlike today’s version of brainstorming, Osborn revealed a structured, organized process that encouraged creative thought and included the 84% that are left out in today’s version of brainstorming.

The process of brainstorming.

Osborn outlined six steps to creativity and innovation. What we call brainstorming was step number 4. So, if you don’t like brainstorming, you’re in good company. You’re trying to get to the mall without getting in your car. You’re trying to play tennis without a racket and without knowing the rules. You’re going on a date with someone you have never met and you are at the movies while she is waiting at the restaurant.

Add Some New Business Intelligence Tools to Your Kit

Milestones Help You Manage the Process

Here are some QUICK and easy steps to help you become better at sales.  Quiet quiet, quiet. Know when to be quiet. Let your customer do most of the talking. They will tell you

To regain your imaginative edge:  Disrupt your daily habits. Commute to work a different way. Redecorate your office. “Borrow” an unused workspace. Changing your envir